Firestorm is one of the nation's leading private companies for forestry and emergency disaster services. White Rabbit was approached by Firestorm in 2014 to build a software solution for their Human Resources team. They needed a streamlined internal EMS (Employee Management System) to manage their 250+ employees during the fire season and handle the intake of new hire applicants each year.

Firestorm had two prevalent issues to solve with the EMS. The first was the ability to manage and share incoming employee applications efficiently on a digital platform. They wanted to get rid of the paper clutter and lacked the ability to easily filter and view their new applicants. Second, managing their crews proved to be more and more difficult as the company experienced growth. They realized they needed a centralized system to manage their employees, projects and resources.

The Firestorm EMS requirements were specific to company policies and none of the existing open source EMS systems were suitable for what they were trying to accomplish. Firestorm's company as a whole is an ever moving body of employees working on different resources, locations, and crews. After further discussions with Firestorm, the decision was made to move forward with a custom solution, giving access to their entire company through a single web-based portal. The system would include the intake and management of digital employee applications. In addition, they would be provided with full user-creation and an internal social network for Firestorm to manage their employees.

Lastly, since we were planning to store crucial employee data, we wanted to integrate a disaster recovery option. The idea was to replicate active MySQL clusters to remote MySQL clusters in another datacenter, resulting in the database at both the positions to synchronize instantaneously. In the case of a disaster at one site, we just have to redirect the traffic to flow to our recovery site, allowing even the active sessions to remain active. 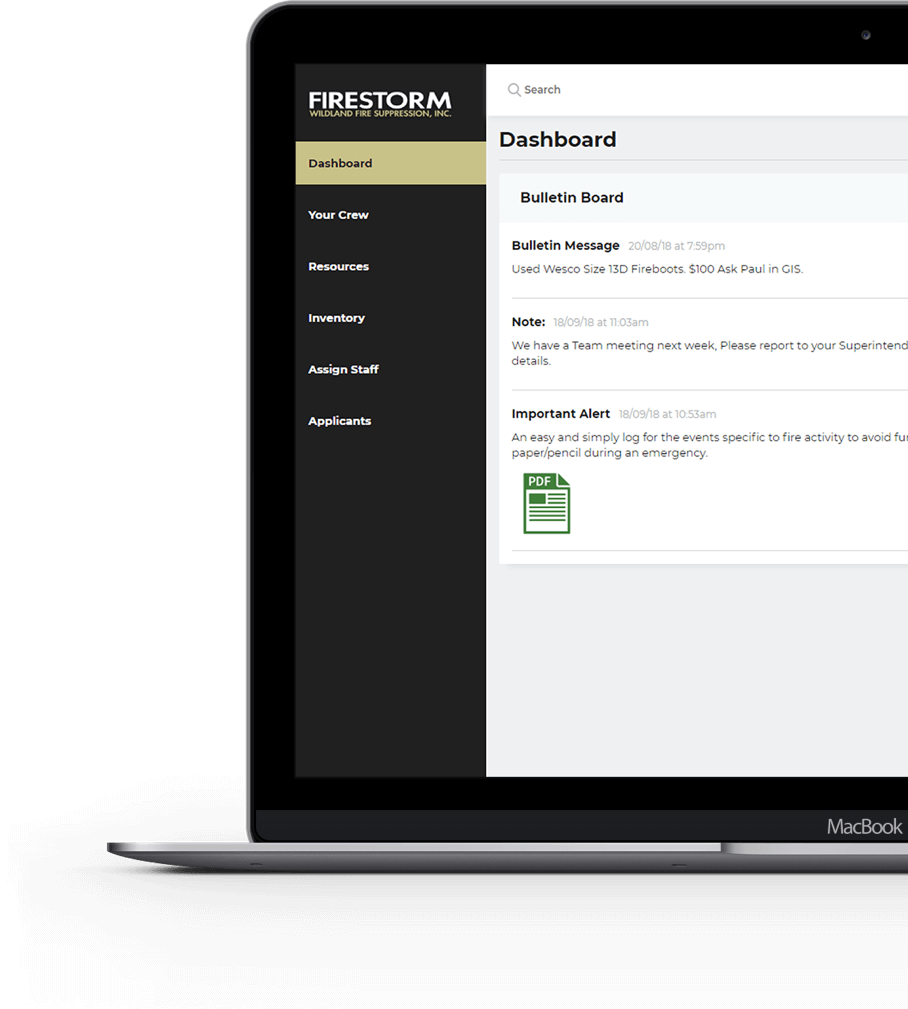 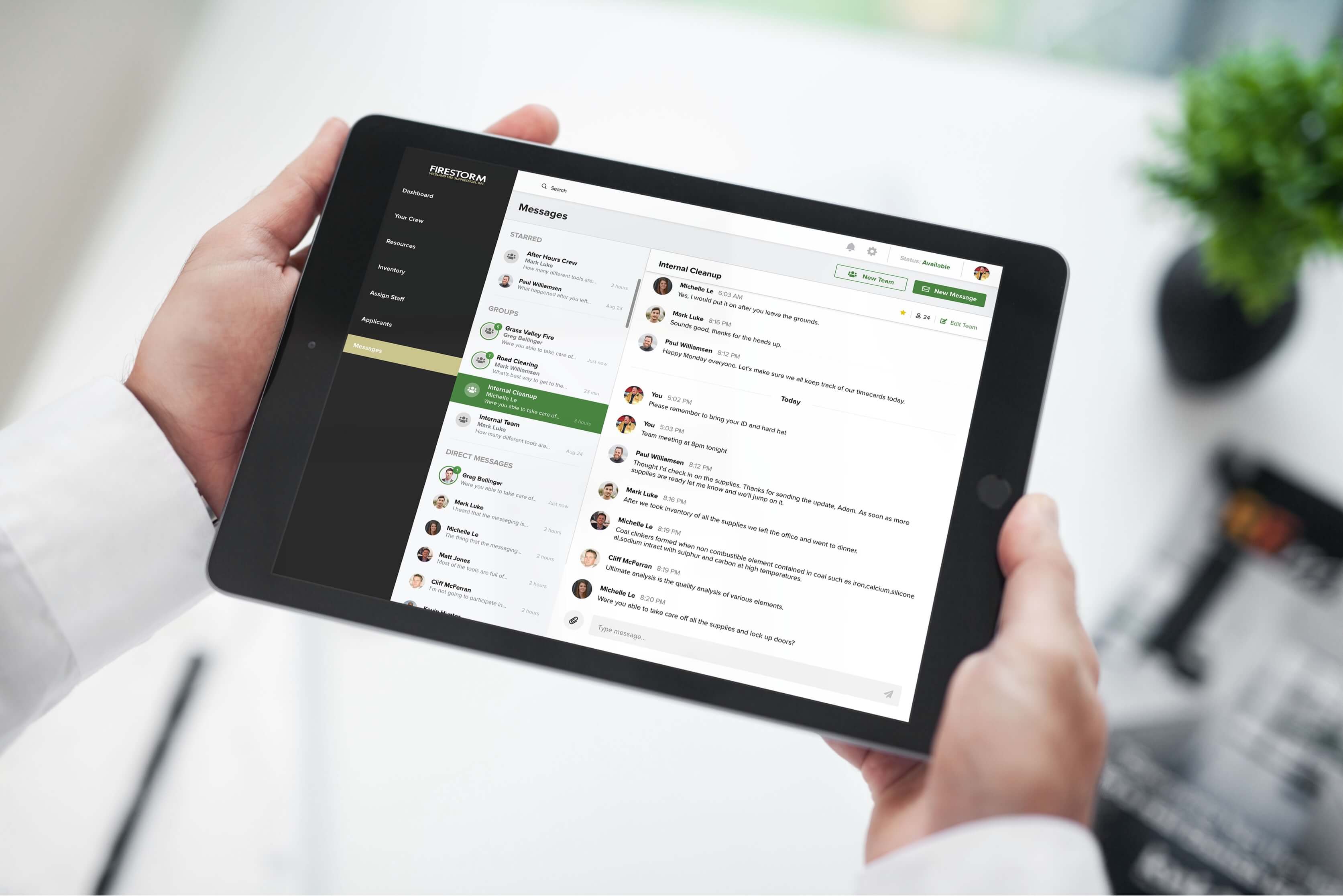 Recruitment improved and a significant amount of time was saved for the HR team.

Developed the Firestorm EMS, continuing monthly additions of new features and improvements to the system as a whole.

Provided a single portal for upper management to interact with employees.

Provided a tool for Firestorm to manage their resources.